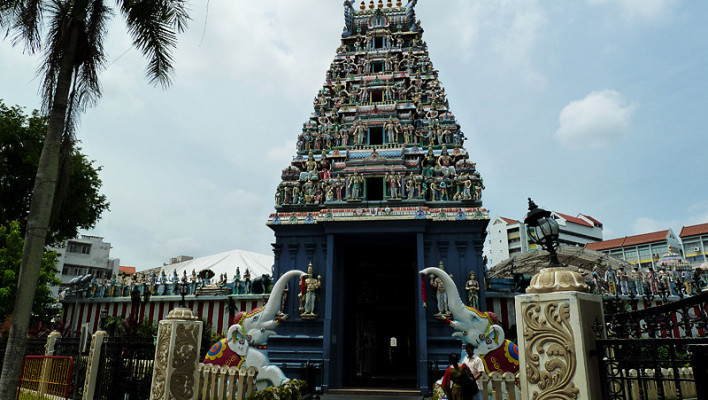 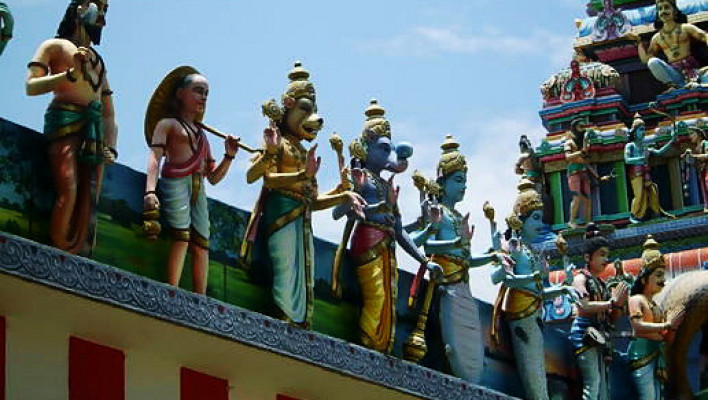 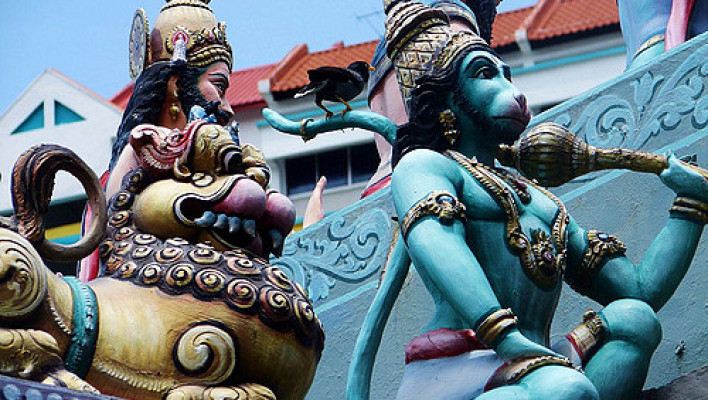 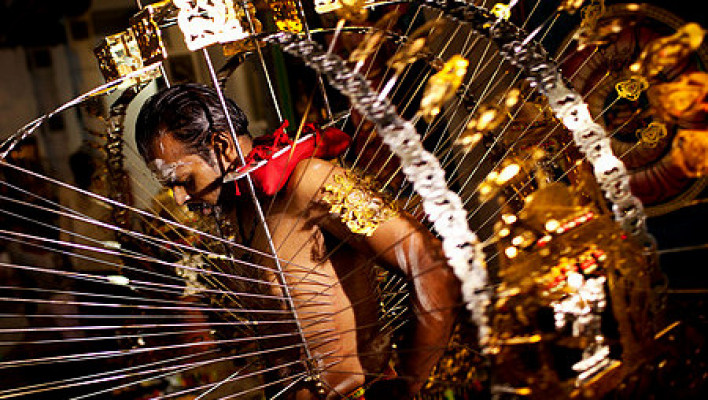 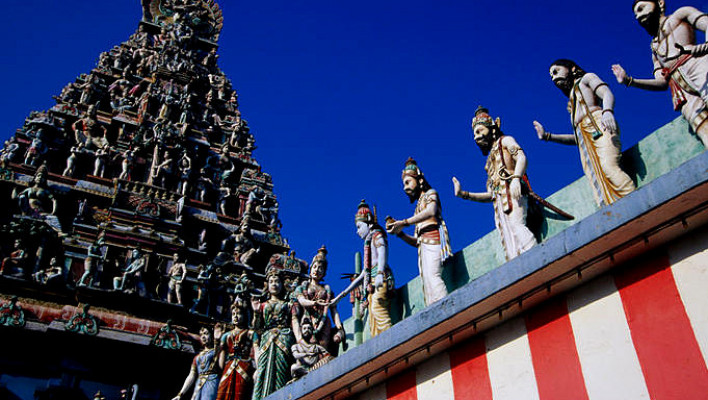 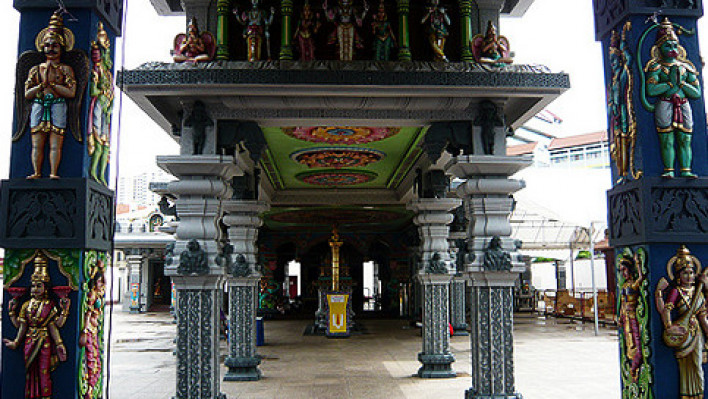 The Hindu Sri Srinivasa Perumal Temple, which is located on the main street of the ethnic district of Little India, is one of the oldest and the most important temples in Singapore. It was constructed in honor of Perumal – one of the guises of the Hindu god Vishnu – back in 1855. Hindus believe that this deity fights against evil; protecting the universe, forgiving sins, fulfilling wishes, and putting miscreants back on the right track.

At first, the temple was a humble praying house, surrounded by ponds and vegetable gardens. A small brook flowed nearby, which the parishioners used for ablution before prayers. The trace of the brook can be still seen in Sri Srinivasa Perumal Temple’s courtyard and a basil bush grows near it. According to Hindu beliefs, this herb is a sacred plant – the incarnation of the goddess Lakshmi, who was a wife of Vishnu.

A hundred years after temple’s construction, it was rebuilt and broadened. In particular, the 20-meter-high gate tower gopura was adjoined to it, a feature typical for South Indian cultural architecture. Its five tiers were lavishly decorated with a motley arrangement of sculptures visualising the nine different incarnations of Vishnu and other Hindu gods. The tower was built with the money of the local entrepreneur and philanthropist, who was also one of the first immigrants from India.

Inside the temple, visitors can find numerous statues of Perumal (or Krishna) who is always painted with dark-blue skin, as well as several altars that are dedicated to Vishnu and his wives: Lakshmi – the goddess of affluence, prosperity, wealth, success and happiness – as well as Andal. Here you can also see a statue of Garuda – the sacred bird, on which the god Vishnu reportedly flew.

The Sri Srinivasa Perumal Temple is also known as the starting point for the ceremonial procession, which takes place during the bright annual Hindu holiday Thaipusam in January and Febuary.