Singapore Art Museum
Opened in 1996, Singapore Art Museum is reckoned among the largest and the most dynamically developing art centers in the Asian region. It has one of the largest collections of Singapore and Southeast Asia contemporary art in the world. The museum is situated in one of the Singapore’s most beautiful buildings, which is the monument of history and architecture of the colonial time. It occupies the
more Show on map

Church of Saints Peter and Paul
The Roman Catholic Church of Saints Peter and Paul rises above the center of the city business district. It is one of the most interesting architectural constructions in Singapore and has the status of the country’s national monument. The history of its origin is closely bound to the Chinese Catholic community that was formed mainly from Chinese immigrants and several Catholic Indians, in the midd
more Show on map

St. Joseph's Church
The original building of the Roman Catholic St. Joseph's Church, which adorns the city business center for a hundred years now, is considered to be the true architectural miracle and has the status of the monument of national importance. Temple’s history began in the middle of the 19th century, when Portuguese priest, who came from the Indian state Goa, founded Catholic mission in Singapore. After
more Show on map

Sri Srinivasa Perumal Temple
The Hindu Sri Srinivasa Perumal Temple, located in the main street of the ethnic district Little India, is one of the oldest and the most important temples in Singapore. It was raised in honor of Perumal – one of the guises of the Hindu god Vishnu – in 1855. Hindus believe that he fights against evil, protecting the universe, forgives sins, fulfills wishes, and puts on the right track. At first, t
more Show on map 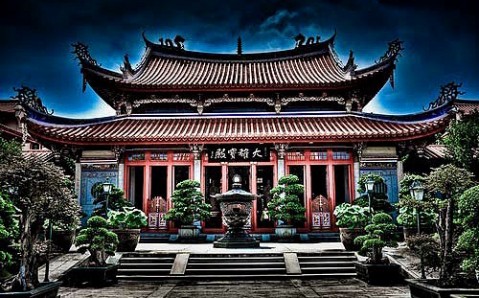 Lian Shan Shuang Lin Temple
Amazingly beautiful complex Lian Shan Shuang Lin is the oldest Buddhist temple in Singapore that is rightly recognized as one of the country’s most valuable national monuments. Having got this status in the late 20th century, it became the only object of the Buddhist culture in Singapore that is protected by the state. The temple owes its origin to Chinese entrepreneur and sponsor Low Kim Pong. Ac
more Show on map

The First Generation Sculpture
The First Generation Sculpture, installed on one of the city quays near the Fullerton Hotel, is one of the most unusual sculptures in Singapore. It was created by local sculptor Chong Fat Cheong, in 2000, on demand of Singapore Tourist Council for Open Air Interpretative Centre. The project stipulates creation of series of sculptures reflecting scenes from old Singapore’s life that was concentrate
more Show on map 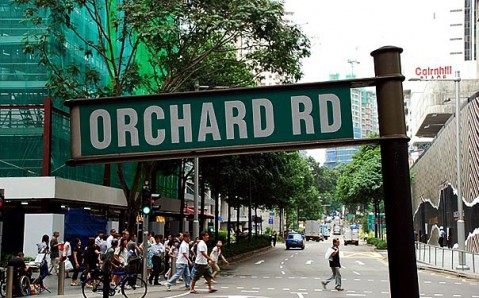 Orchard Road
Orchard Road is the most famous street in Singapore that runs through city center for over two kilometers. Countless number of ultramodern trade centers, fashionable boutiques, first-class restaurants, luxurious hotels, popular nightclubs and entertainment centers is concentrated here. Back in the early 19th century, vast plantations of nutmeg and pepper were located on the territory of the modern
more Show on map 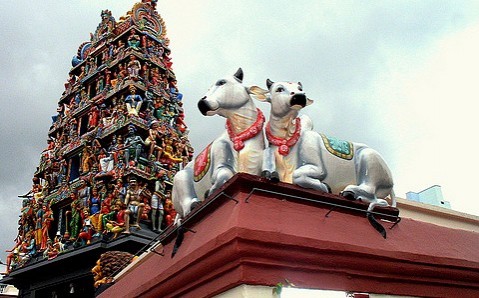 Sri Mariamman Temple
Sri Mariamman Temple, rising above the China Town center, is the oldest Hindu temple in Singapore and is almost of the same age as the city itself. It owes its origin to expatriate Indian Narayana Pillai, who arrived on the island together with city’s founder Lord Stamford Raffles. Having left the service in the British East Indian company, he opened his own business and fairly quickly amassed a d
more Show on map
←1 2 3 4 →