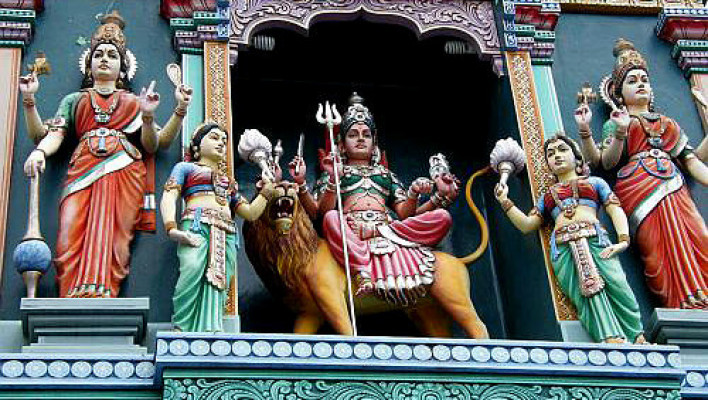 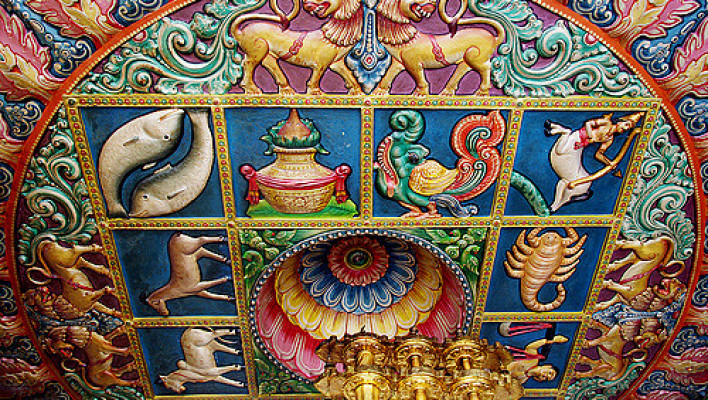 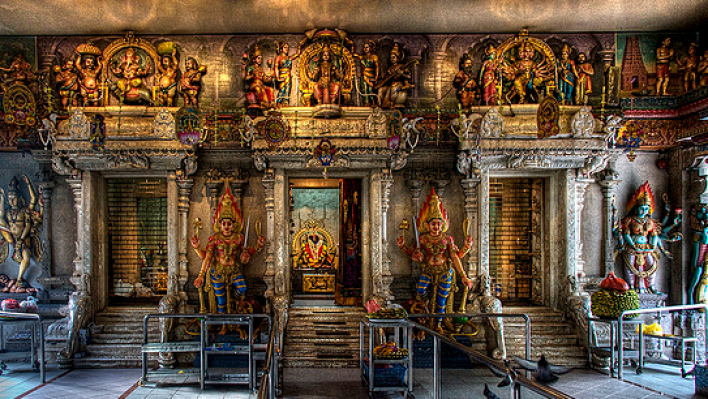 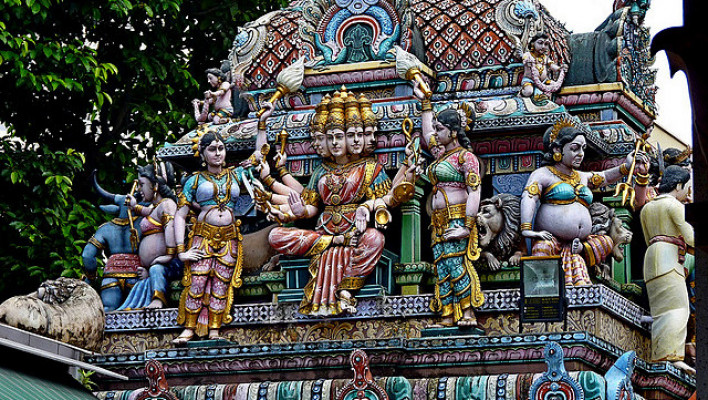 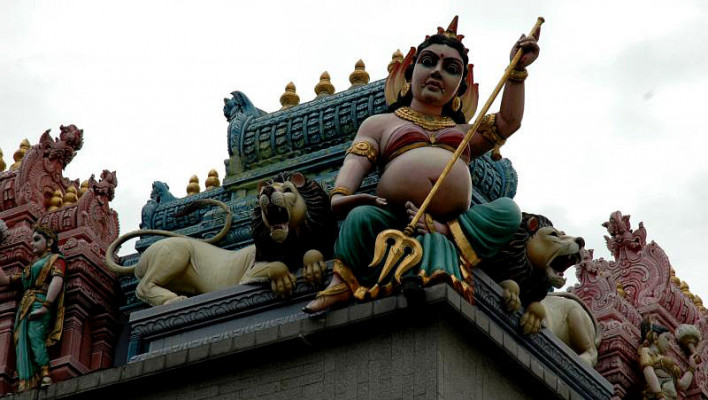 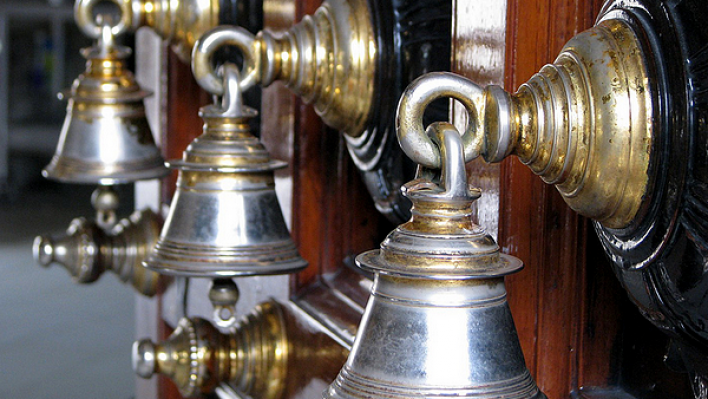 The Hindu Sri Veeramakaliamman Temple, which stands in the very center of the ethnic quarter Little India, is considered to be one of the oldest and the most beautiful temples in Singapore. The first building here was erected in the middle of the 19th century by Indians who had moved to live and work in the city-state. By that time, the burgeoning Indian community numbered over 13 thousand people who, far away from home, acutely felt the need for a place where they could worship their gods.

The original wooden Hindu temple, which was built in the center of Little India, immediately became the center of Singaporean Indians’ cultural life. Initially it was called the Temple of Lime Village, because of the adjoined shops where lime was burned. In the year 1881, a more modern stone temple was built in place of the wooden one. The Indians of Singapore, who never felt entirely safe in their new foreign home, devoted it to the warlike and terrifying goddess Kali. In Indian mythology, she is identified with dark aspects of the mother-goddess, Shiva’s wife Parvati and is considered to be the protector against all evil. The temple was named Veeramakaliamman, meaning Kali the Fearless, in her honor. This goddess was worshiped particularly fervently by immigrants from Bengal India who, according to one popular folklore, were the builders of the temple’s new shell.

There are infinite images and sculptures of Kali inside the temple, representing her in many different guises. However, mostly she is shown as the goddess-protector, whose neck is adorned with a garland of skuls and holding weapons against evil and wickedness in her hands. On the other hand, the temple features several sculptures, that show Kali as a loving and caring mother with her sons Ganesha and Murugan. Their statues are installed in Sri Veeramakaliamman Temple’s main sanctuary, found near to the black figure of the goddess that was brought to Singapore from South India in 1908. In addition to this, there are many images of the lotus – the symbol of life and beauty – in temple’s interior.

The most notable detail of the Hindu temple is its 18-meter-high gate tower gopura, which was typical of Indian architecture in medieval times. It is decorated with bright sculptures, depicting the goddess Kali in a range of different appearances. The tower was constructed simultaneously with the new building of Sri Veeramakaliamman Temple, in 1983. Temple’s entrance is adorned with a multitude of little bells. The rule here is to ring them before you cross the threshold of the temple.