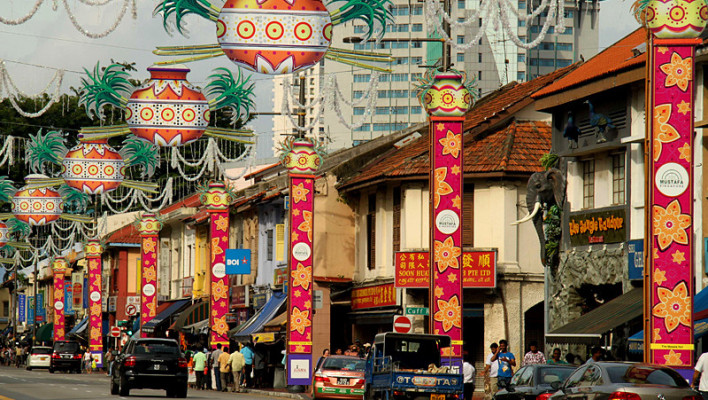 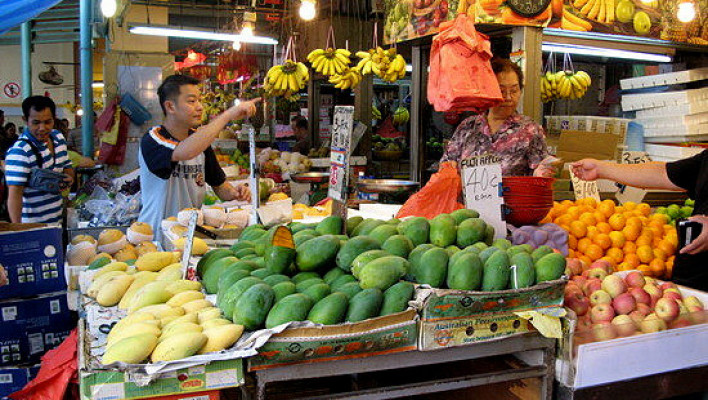 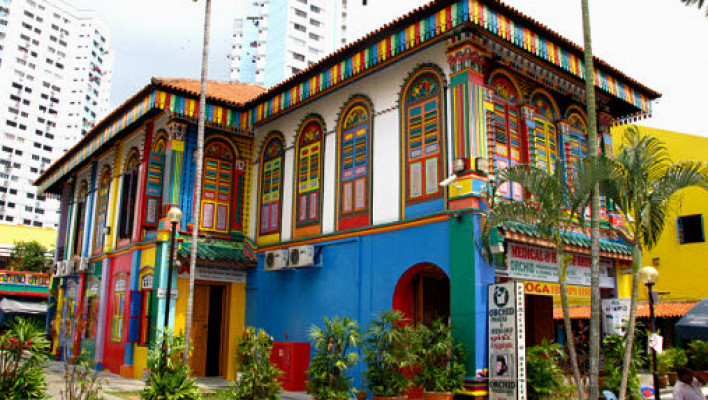 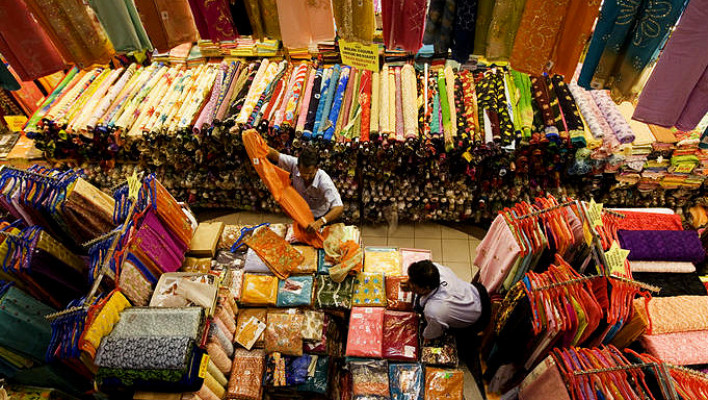 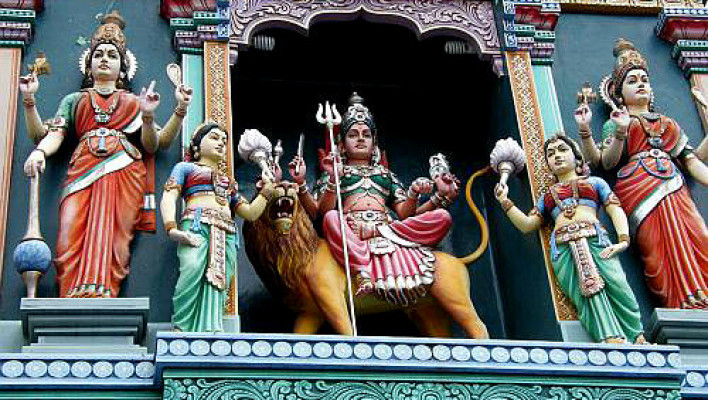 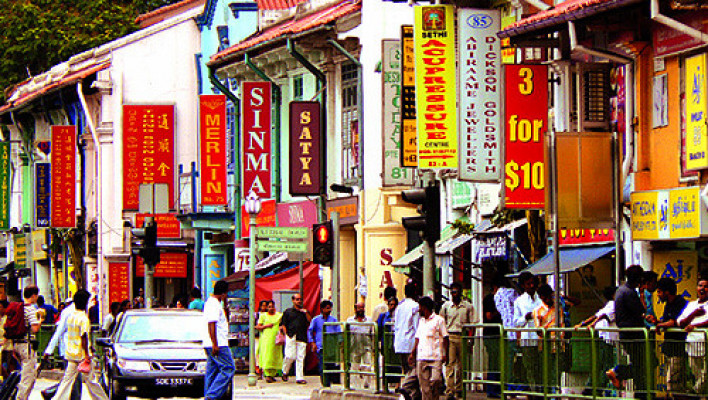 Colorful and original, the district of Little India is located not far from the colonial center of Singapore and invariably attracts the attention of most of the tourists coming into the country, an attraction on a par with the other Singaporean ethnic quarters. Having appeared during the formative years of the city two centuries ago, it has been turned from a small residential settlement into the center of Indian culture in Singapore.

The Indian community originally formed in the city in the early 19th century, settling near to the River Serangun. The main occupation of its members was the breeding and selling of cattle. Little India’s streets, called Buffalo and Kerbau (buffalo in Malay), remind visitors about that period even now. Later, when the community had significantly enlarged - mainly thanks to immigrants from South India - a range of administrative buildings, markets, workshops and temples appeared in the now expanded district. The compact Indian quarter, whose residents (ethnic Hindus comprise some 8% of the country’s total population) respect their national traditions and introduce these to the numerous tourists with pleasure.

Today, Little India is associated first and foremost with trade: it is possible to buy all kinds of Indian spices and seasonings here, as well as ethnic jewelry and clothes, utensils and exotic sweets. As for the famous Indian gold – there are countless jewelry shops in the district. The greatest variety of Indian goods can be found on the shelves of the quarter’s largest trade centers – the Tekka Centre and Little India Arcade, while originally crafted souvenirs can be found in one of the many thematic shops, with which Little India’s streets are truly brimming.

The Indian quarter is famous for its majestic religious buildings. Sri Veeramakaliamman, one of Singapore’s oldest temples, and the famous Sakya Muni Buddha Gaya are located here. The latter is renowned for its 15-meter-high statue of Buddha, which is located inside and illuminated with many colorful lamps. It is this statue that lent the temple its second name – the Temple of a Thousand Lights. Meanwhile, Muslim mosques and Christian churches neighbor these buildings on Little India’s streets.

Another cultural peculiarity of this originally designed quarter is the Fortuna Hotel, where, according to local folklore, ghosts of the dead reside. Legend as it that there used to be another hotel on the place of the modern one, but in 1986 its building crashed down resulting in the death of more than 30 people under its ruins. Ever since then, the souls of dead, who are apparently displeased with new hotel’s construction, wander along its halls at night and disturb the guests.

In addition to the spiritual attractions, Little India is a true paradise for connoisseurs of the exotic culinary arts. A plethora of vivid cafes and restaurants, offering traditional Indian dishes, operate within the quarter’s relatively small territory.

If you are lucky, you can pay a visit to Little India during one of the many Indian festivals, which are always accompanied by vivid, memorable ceremonies and colorful processions through the decorated and decked out streets.