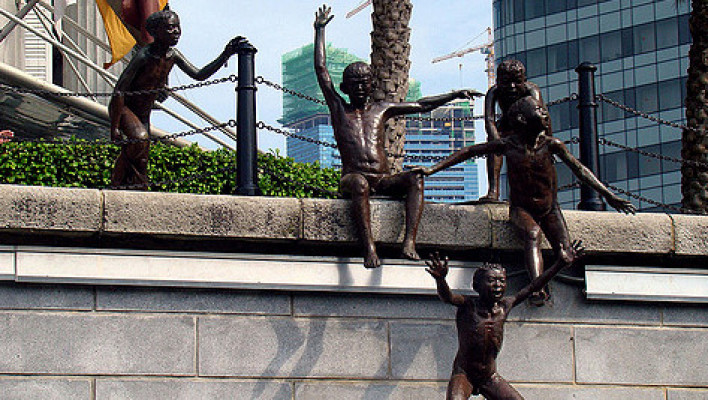 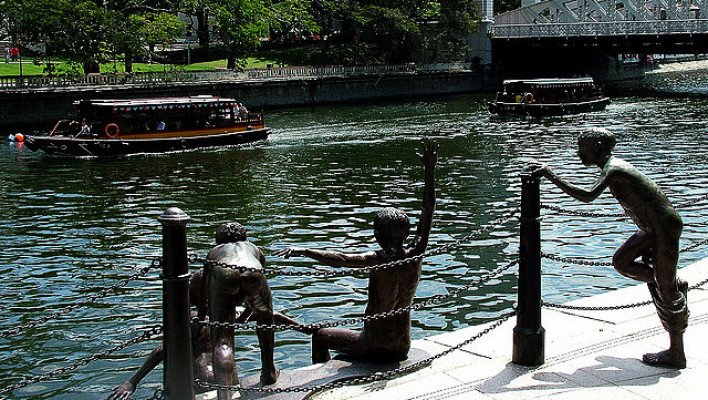 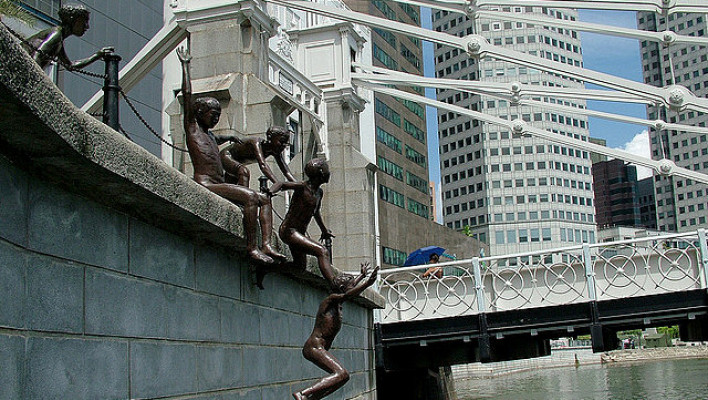 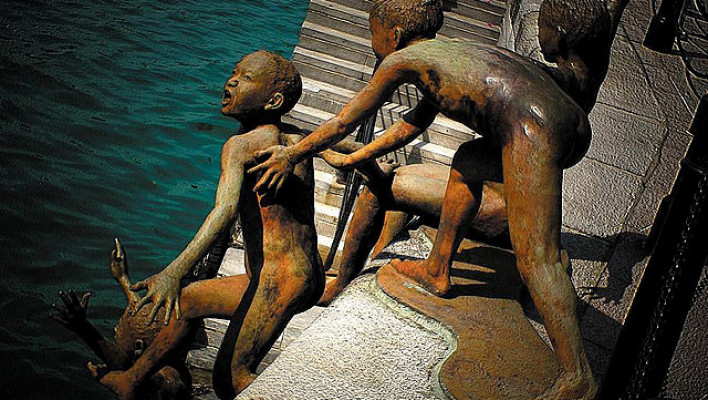 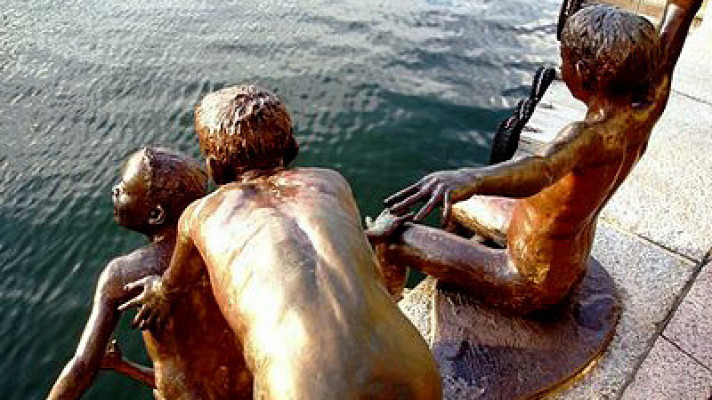 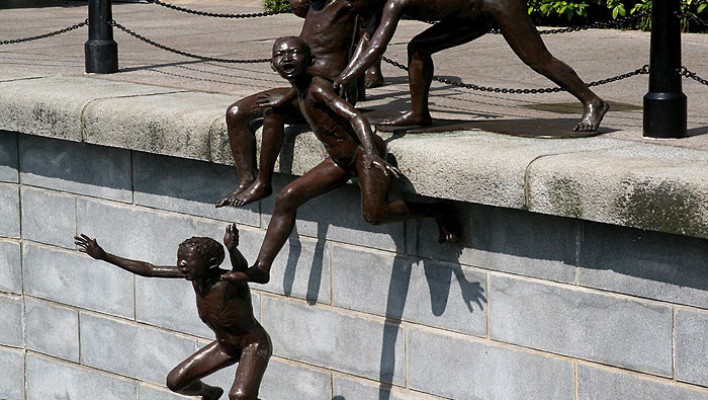 Near Cavenagh Bridge, opposite to Fullerton Hotel

The First Generation Sculpture, which has been installed at one of the city quays near to the Fullerton Hotel, is one of the most unusual sculptures in Singapore. It was created by local sculptor Chong Fat Cheong, in the year 2000, after a request from the Singapore Tourist Council for an Open Air Interpretative Centre. The project's main aim was the creation of a series of sculptures, intended to reflect scenes from the ancient Singapore’s era; the centre of which was concentrated along the namesake river in older times.

The First Generation is an extremely dynamic design: a group of five bronze boys jumping into the river. It's protagonists represent the first immigrants to the state and the important role that the Singapore River played in their lives. As Chong Fat Cheong himself has remarked, it was once a huge swimming pool for the children who lived beside the river in those times. With no toys to entertain them, it served as a source of simple enjoyment and fascinating adventures for them.

Initially, the sculptor wanted to add a further figure to the sculptural complex – a sixth boy who would float in the water and constantly move. However, this plan was mothballed as it would have negatively influenced the Singapore River's natural current.