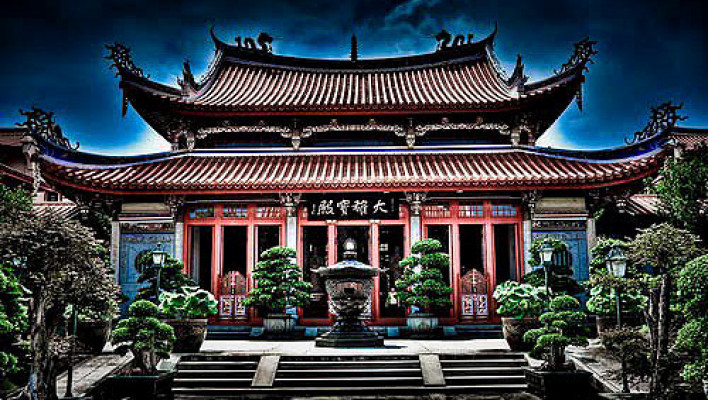 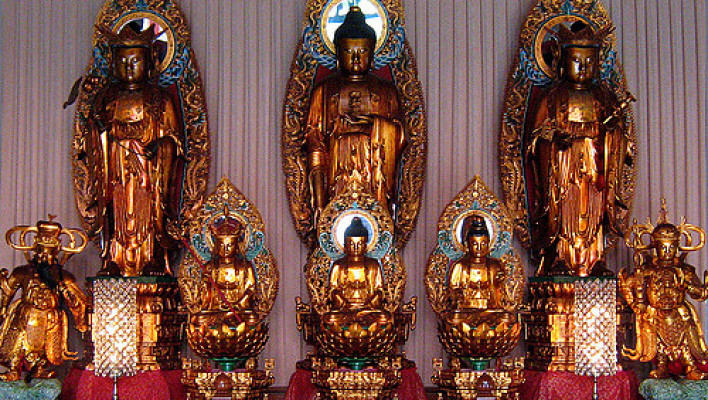 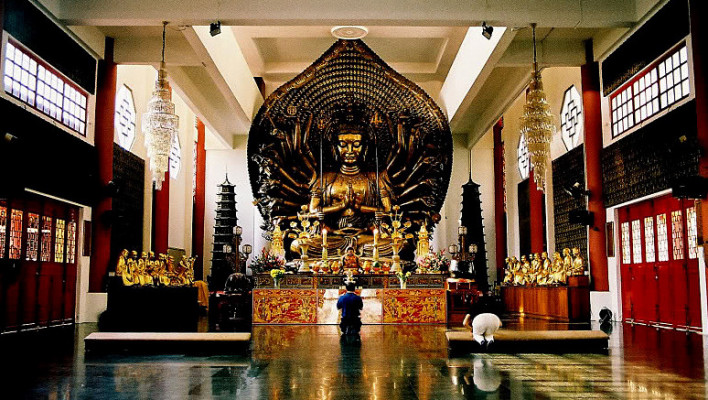 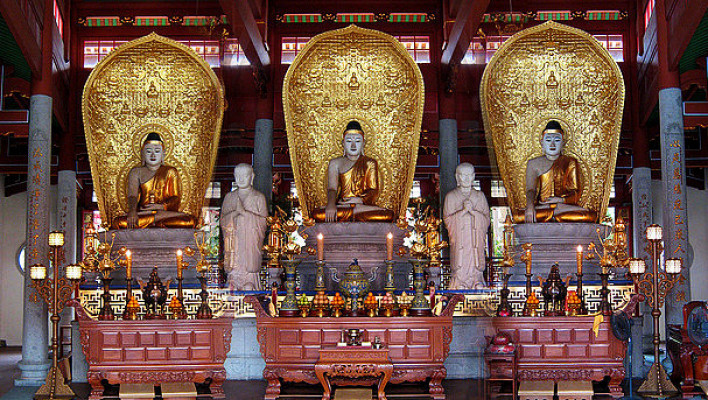 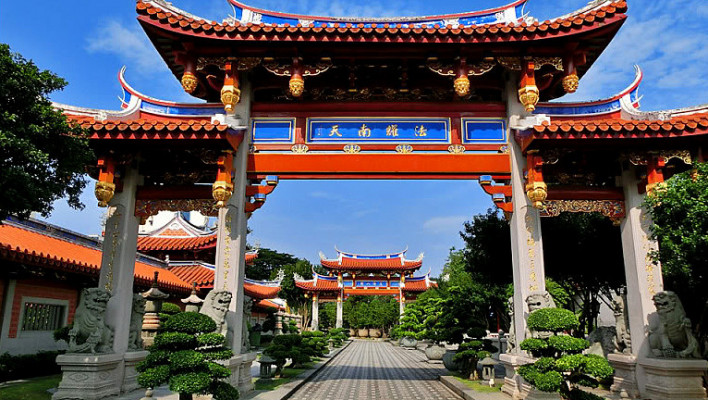 Lian Shan Shuang Lin, an amazingly beautiful complex, is the oldest Buddhist temple in Singapore and one that is rightly recognized as one of the country’s most valuable national monuments. Having received this status in the late 20th century, it has since become the only object of Buddhist culture in Singapore that is officially protected by the state.

The temple owes its origin to the Chinese entrepreneur and sponsor Low Kim Pong. Legend has it that once, in a dream, he saw a golden light shining from the west. Once awake, Low Kim Pong went to the west bank of the river, where soon afterwards he met a group of Buddhist pilgrims who were returning to South China from Sri Lanka. There was a monk from the ancient Chinese monastery Sichan among them and, astonished by his spirituality, Low Kim Pong decided to build a temple in his honour in Singapore.

The temple and monastery complex Lian Shan Shuang Lin, whose poetic name is translated as the Contemplation of Double Grove of the Lotus Mountain Temple, was erected during a period from 1889 to 1902. At the moment when the building was opened, it became one of the largest Chinese Buddhist complexes in Southeast Asia. Lian Shan Shuang Lin was constructed along the lines of Chinese temple architecture canons and is a closed rectangular yard, inside which complex’s buildings are situated.

During the World War II, the temple’s original constructions were severely damaged. Lian Shan Shuang Lin was restored quite recently however; as masters from the southern provinces of China were hired for its restoration. As a result of their endeavours, the architecture and interiors of the temple and monastery complex are a mélange of different styles, a distinctive and unique feature of the place. A luxurious seven-tier pagoda with a gilt top was added to the temple’s ensemble during the last reconstruction. This is a copy of the 800-year-old pagoda from the Buddhist monastery in the Chinese province of Fujian.