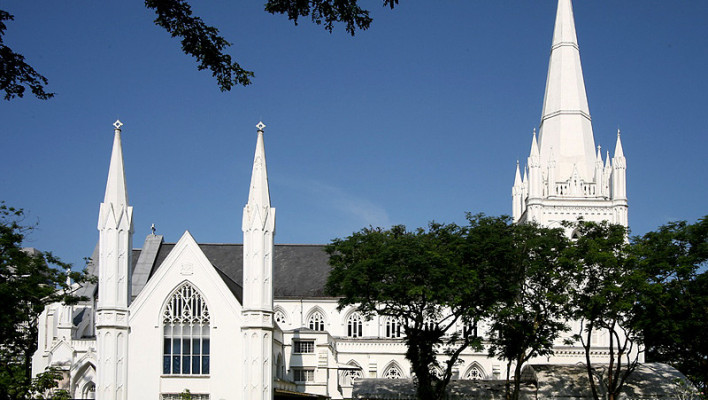 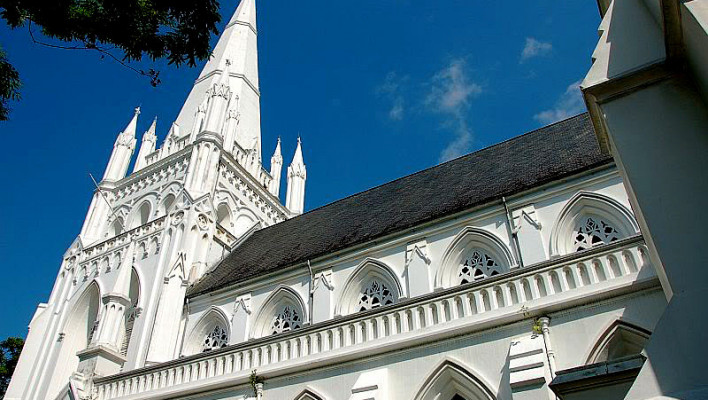 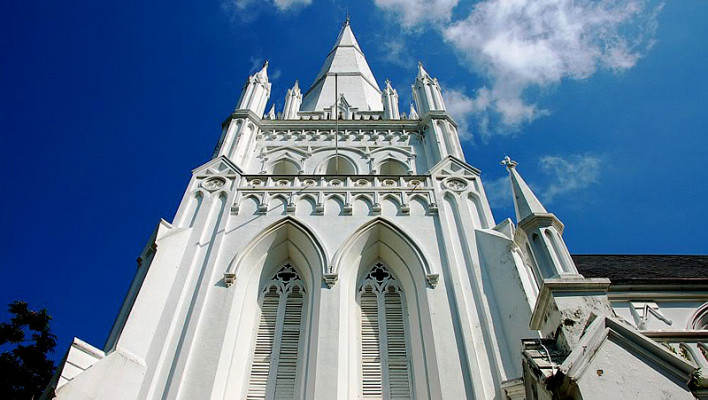 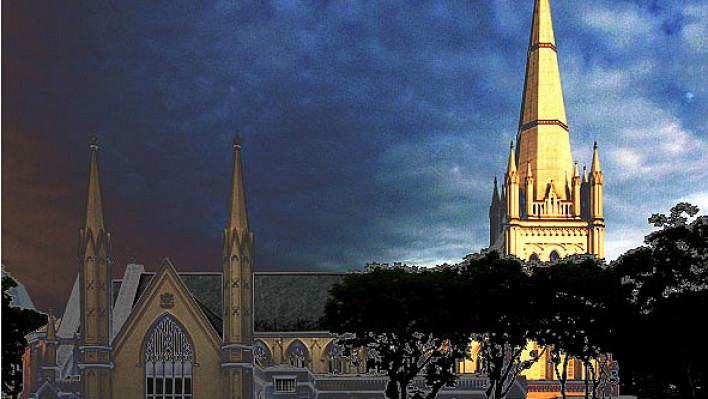 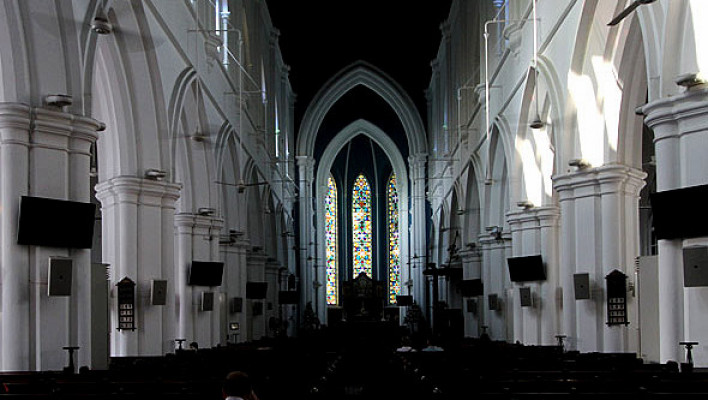 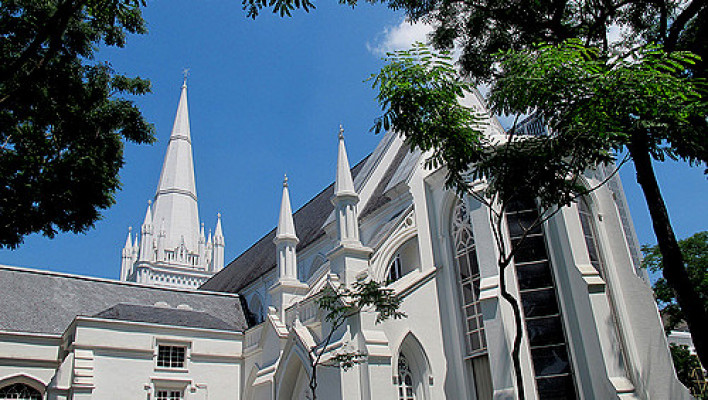 An elegant snow-white building, standing in the city's business center and visibly contrasting with the neighboring ultramodern skyscrapers, belongs to the Saint Andrew's Cathedral – the largest Anglican temple in Singapore. Thanks to its beautiful architecture and historical value, it has achieved the status a national monument and is considered one of Singapore's key sights.

Saint Andrew's Cathedral has experienced a torrid history. In 1835, its first building was designed by Irish architect George Coleman who was the brains behind most of the buildings that were constructed in Singapore in colonial times. Seven years afterwards, the cathedral was rebuilt after architect John Thompson launched a new project. However, it only maintained this appearance for a little more than ten years, as in 1855, the Anglican Church’s building, severely damaged by two lightning strikes, was pulled down.

A new, modern temple was constructed according to the plans of engineer Ronald MacPherson between 1856 and 1861. It is considered that the ancient English church of the Netley Abbey, destroyed in the 13th century, was used as a prototype for the Singapore Saint Andrew's Cathedral, which was resultantly built in neo-Gothic style. A hundred years ago, when the temple wasn’t completely overshadowed by numerous skyscrapers, it could be seen from far away due to its 63-meter-high spire. Another distinctive feature of the church is its elegant belfry and its eight bells, the largest of which is as heavy as the bell of the famous Saint Paul’s Cathedral in London.

The temple’s main adornments are its elegant lancet windows with their luxurious stained glasses, each of which is devoted to a different prominent person to leave their mark in Singapore's history. The Saint Andrew's Cathedral’s pillars and walls are interesting because of the peculiar covering that consists of shells, egg white, palm sugar and coconut shell mixture, giving them an original, natural sparkle. A gorgeous organ, installed in the church in 1959, is no longer functional and serves merely as decoration.

There is also an information center – a sort of museum that keeps valuable historical artifacts documenting the history of the church – on the Saint Andrew's Cathedral’s premises. 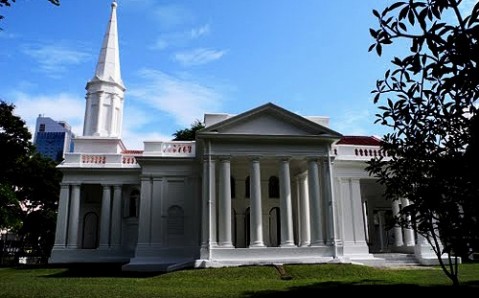 334 м. More info
The Arts House at the Old Parliament 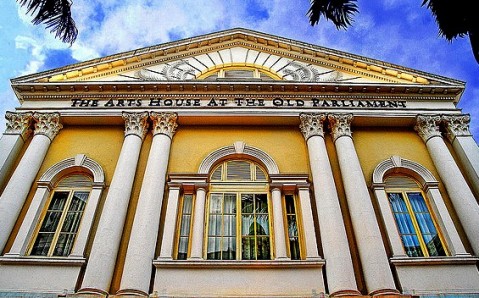