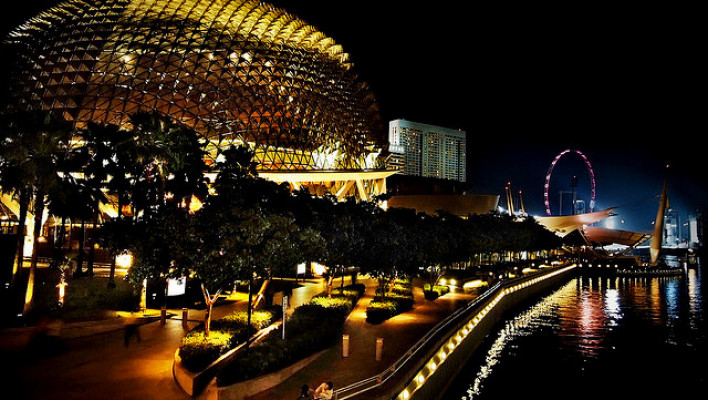 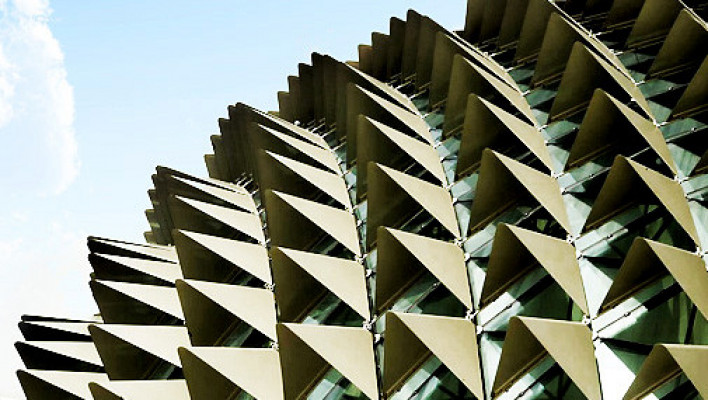 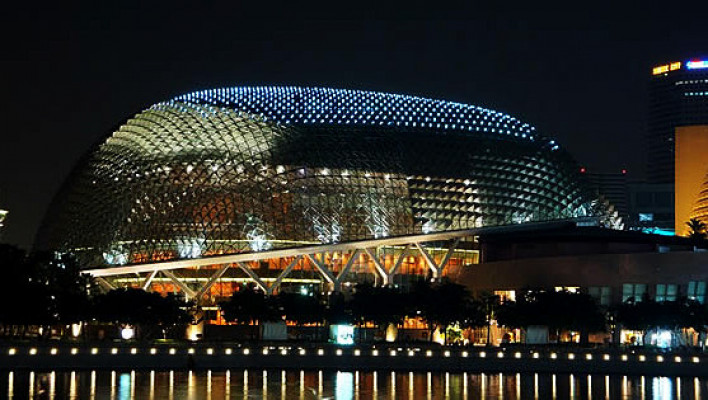 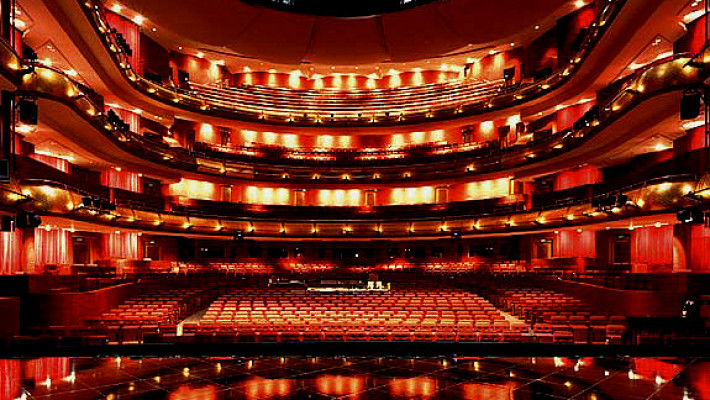 Esplanade – Theatres on the Bay

The Esplanade complex, which is situated along the coast of the Marina Bay, is one of the largest and the most famous cultural centers in Asia. This unusual building is often called Singapore’s architectural miracle, a landmark of a bright, modern, vibrant city.

The Esplanade building itself is in the shape of two glass semi-spheres, which are covered with a multitude of mini-tents that protect complex’s premises from the burning rays of the sun. Construction works were finished in 2002, setting the state back a colossal 600 million Singapore Dollars. Due to its needle-shaped roof, the Esplanade is often compared to the durian – a local tropical fruit with an appalling smell but an amazing taste, which also has a similar ‘spiny’ shell. The architects responsible for the Esplanade's design – Theatres on the Bay – actually wanted it to be associated with a microphone, rather than putrid fruit.

A Concert Hall with excellent acoustics and 1600 seats, as well as a theater with space for 2000, in the style of the best European operas, are located inside the grounds of the cultural center. Two studios, an outdoor theater, a gallery, several upscale restaurants, a shopping center and an underground parking garage are also situated there. In addition to these facilities, Singapore's first dedicated arts library can also be found, sheltering under the peculiar roof of the Esplanade. A huge amount of printed and multimedia materials on the various arts – music, dance, film, theater and the like – is gathered here.

Esplanade – Theatres on the Bay offers a wide choice of cultural programs to fit the tastes of a varied audience. It regularly hosts a range of performances - musicals, operas and concerts - that are performed by local and foreign artists, as well playing host to various festivals.