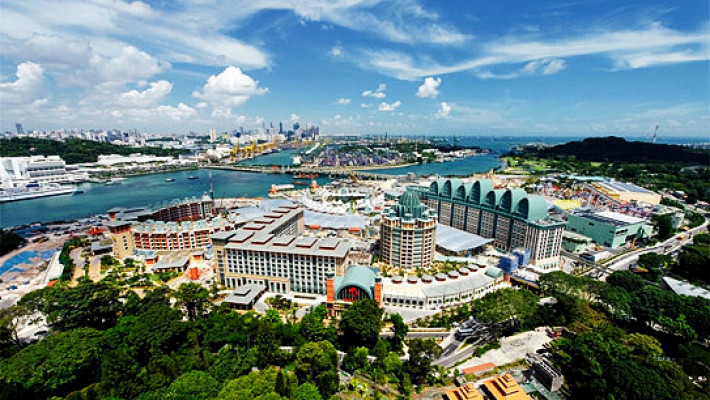 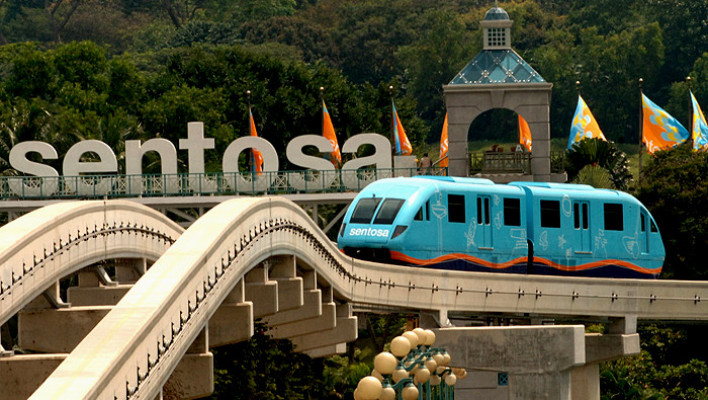 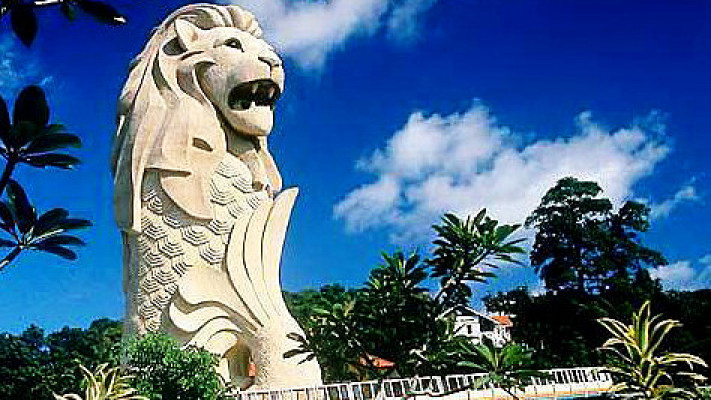 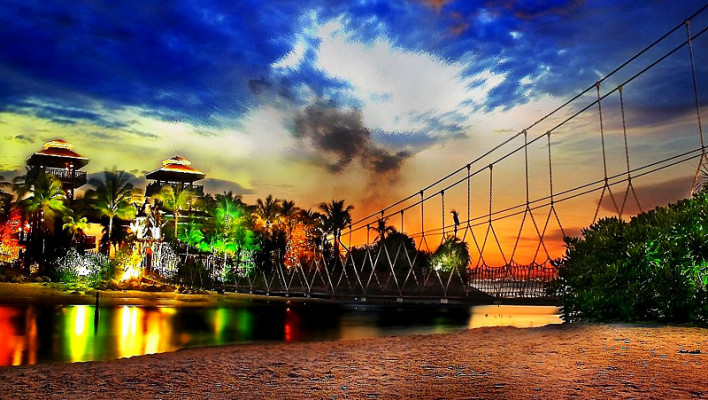 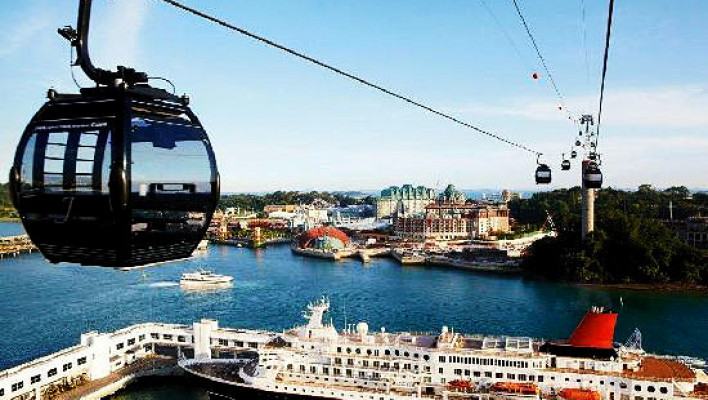 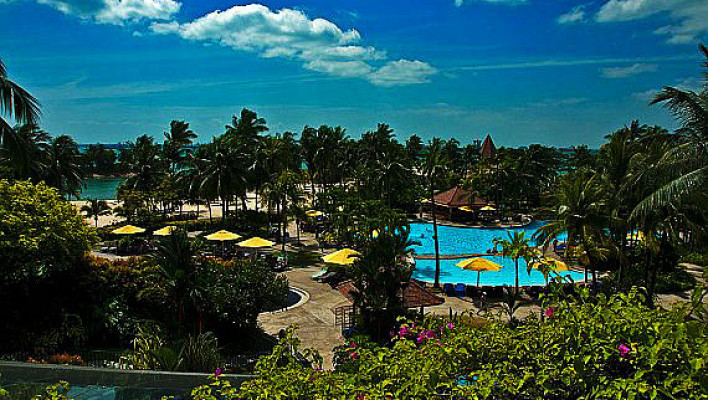 The resort Sentosa Island is located east of Singapore's main Island and is recognized as a center of entertainment that embodies the ideal of utopic recreation. It has everything necessary for this purpose: a three-kilometer-long strip of luxurious beaches, fashionable hotels, breathtaking amusement complexes, unique themed parks and historical attractions.

Long ago, bona fide sea pirates lived on Sentosa Island, but this later gave way to a small fishing village. Following this, the British military base was formed and it wasn’t until 1972 that this tropical island was turned into an original resort offering recreation and entertainments to fit any taste and age.

First and foremost, Sentosa is associated with wonderful beach recreation; with soft white sand, warm sea and modern infrastructure. There are three major beaches here: Tanjong Beach, ideal for quiet and relaxed recreation, Palawan Beach, famous for being the most southernmost point of continental Asia, and Siloso Beach, which is suitable for more active forms of recreation. In addition, Sentosa Island, which is nicknamed the Island of Entertainment by the state’s locals and guests alike, has beach clubs and first-rate resort complexes that feature five-star hotels, haute cuisine restaurants, luxury shops, grandiose casinos and unusual park amusements.

Sentosa Island offers plenty of opportunities for guests to have spend a wonderful break. Connoisseurs of nature will be enthralled by the Butterfly Park & Insect Kingdom, as well as one of the largest marine aquariums on the planet: The Underwater World and the Dolphin Lagoon. History buffs who want to learn about Singapore's cultural heritage can find a home from home in the interactive museum "Images of Singapore", which tells them about the main landmarks and key events in the island’s history, or at the culture and history park City of Tan House, a reconstruction of the Chinese city Changan, as well as in the famous Fort Siloso, which has been transformed into an interactive Military and History Museum. Thrill seeking guests on the other hand, will be fascinated by the rides at the entertainment park Universal Studios, including the high-speed descent Sentosa Luge & Skyride, in addition to the 4D virtual theater Cinemania that guarantees a full presence effect. It is also possible to enjoy some panoramic views of Sentosa Island from the highest observation tower in Asia, the Tiger Sky Tower, or from the observation decks atop the 37-meter-high Statue of Merlion.

There are several ways to get on the island. The fastest and the most convenient way is via the Sentosa Express monorail. This departs from Sentosa Station, located on the second level of the trade center VivoCity (subway station HarbourFront). The Sentosa Express operates from 7 a.m. to 12 a.m, while a monorail ticket, which includes an entrance ticket to the island’s territory, costs 3 SGD.

A more expensive, but at the same time more captivating way to get to Sentosa Island, is with the longest cableway in the world; the Singapore Cable Car. This not only brings tourists safely to the island, but also allows them to enjoy the magnificent scenery with a bird’s eye view. The departure station – Cable Car Station – is situated in Tower Two at the shopping-mall HarbourFront. The cableway itself operates from 8:30 a.m. until 10 p.m and a one-way ticket costs 24 SGD. A round trip will set you back 26 SGD.

In addition to these routes, guests can also take a ferryboat, a taxi or a bus to the island, or even reach it on foot along the Sentosa Boardwalk – a pedestrian promenade bridge equipped with moving lanes. 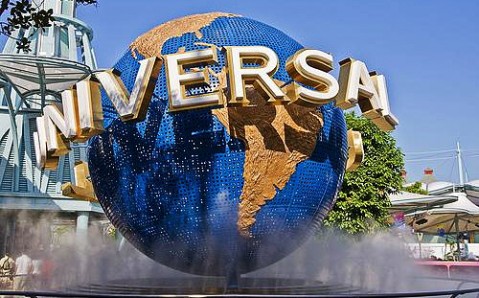 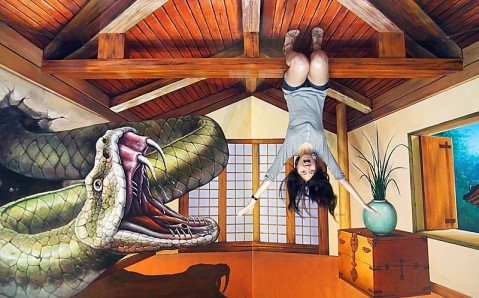