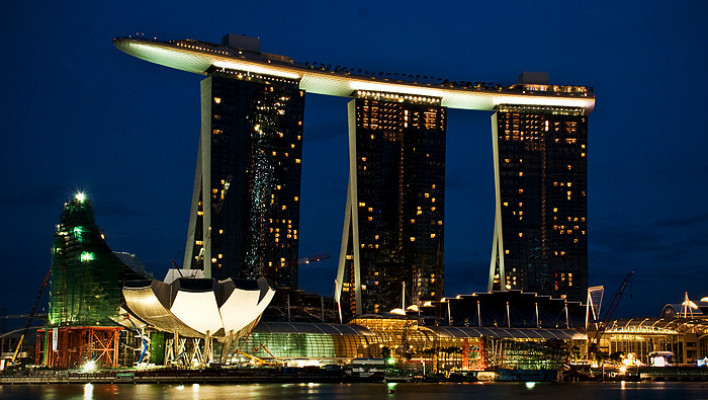 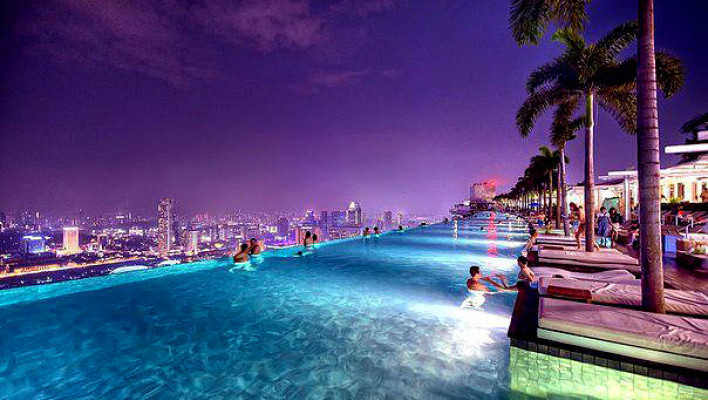 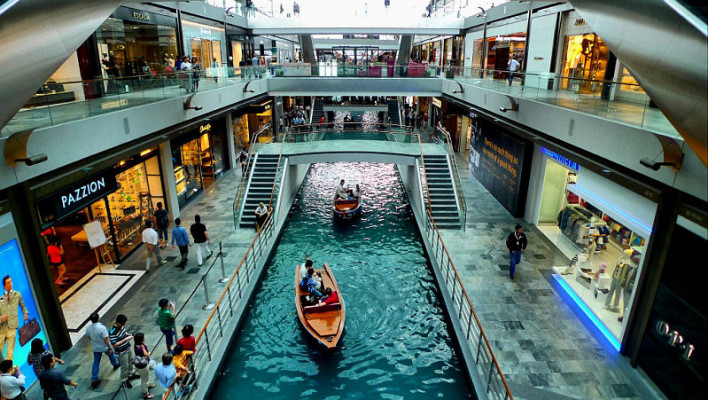 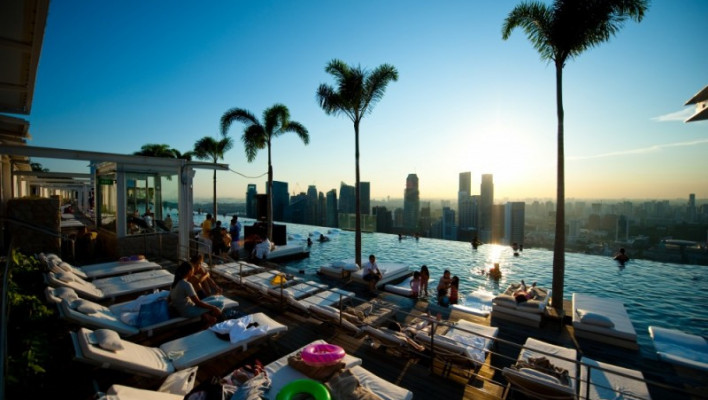 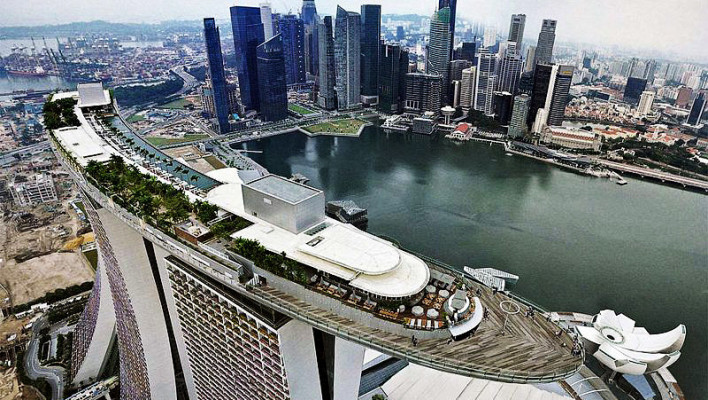 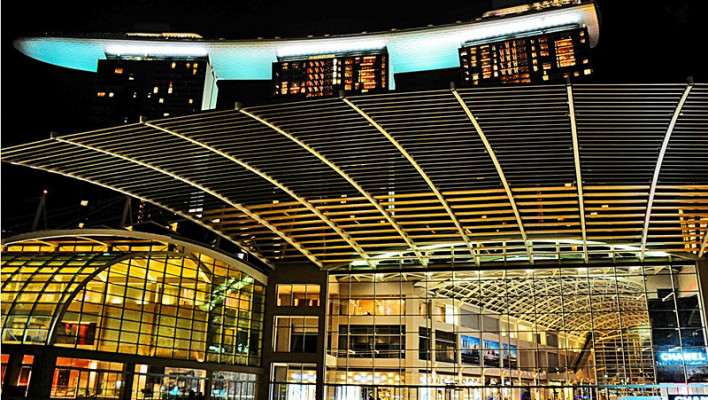 The resort and hotel complex at Marina Bay Sands was opened just a few kilometers from the city's business center, during the summer of 2010. Its unusual architecture has made it into one of the state’s brightest sights, with patriotic Singaporeans nicknaming it as the eighth wonder of the world.

The hotel complex consists of three, 55-storey skyscrapers, the tips of which are topped by a huge gondola, forming a magnificent SkyPark. It is here that the most famous attraction of Singapore – the 150-meter-large swimming pool with its open perspective – is located. It is the largest swimming pool of its kind, unique in its situation at such a height. It has no visible boundaries, creating the impression that the water simply flows over the edge and falls down on the city. When it was first opened, the swimming pool was public, but its immense popularity and the resultant overcrowding means that now it is available only to the guests of Marina Bay Sands.

Despite this, the observation deck near the swimming pool is still opened to all comers. Situated at a height of 200 meters, it provides breathtaking views over the Singapore downtown and of the famous Formula 1 route, the Marina Bay Street Circuit. In addition to this, a genuine tropical forest home to 250 trees and 650 different plants, is laid out upon the ‘deck’ of the gigantic gondola.

Alongside the five-star hotel and its 2560 thousand rooms, the resort and hotel complex at Marina Bay Sands includes exhibition halls, restaurants, designer boutiques, a SPA-center, two large theaters and two ice skating-rinks, as well as the most expensive casino in the world, featuring 500 gambling tables and 1600 slot machines. A peculiar construction in form of white lily – the Modern Arts Museum – is also located in the complex’s grounds.

Every evening, a spectacular light and music show is organized at Marina Bay Sands. During this, constantly changing, colorful lights and lasers are projected on the surface of fountains, as well as on the surrounding buildings.

Gardens By The Bay 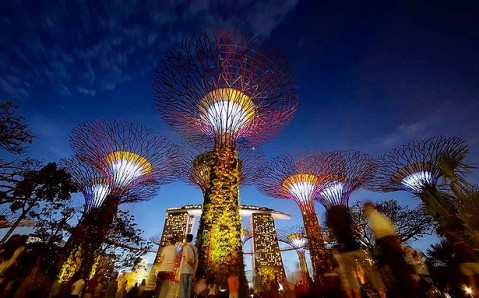 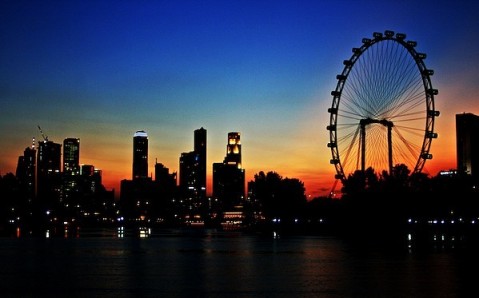